Irina hung back a few meters behind the redheaded woman, whose businesslike heels clicked furiously on the slick sidewalks as if speed could diminish the increasing chill in the early evening air. As Irina approached her, standing stiffly among the crowd waiting in the shadows for the tram, she braced herself for the scolding she was sure to receive.

“There you are, finally. Such a slowpoke for one so young and—what is that on your back? I told you just one bag.”

“Your what? Speak up, girl. Look at me when you talk.”

Irina raised her chin a few centimeters. “My … violin. I am studying to be a musician … like my papa.” Her throat thickened again with stifled tears and painful memories. She swallowed and sighed. The woman possessed not a grain of compassion under her smart wool coat and hat. What good would it do to explain her need to have this precious, irreplaceable treasure with her?

“There is no place for such a valuable thing in a boarding school. Someone will ruin it or take it from you when you aren’t looking. You should have left it in the flat, young lady. You will regret your rash decision.”

Irina lowered her chin and shivered. How could taking her violin with her be a mistake? Music was her life—her comfort—her connection to her father. How was she to even breathe without her violin?

“Yes, of course,” she finally replied, just to silence the woman. Irina grasped the strap of her violin case and gave it another tug, trembling as the gloom enveloped her, Why didn’t I grab my favorite wool scarf. It was right by the door. Too late now. Besides, wasn’t it a bad omen to return home for something forgotten? She didn’t need any more bad luck.

Cigarette smoke swirled around her head as person after person lit up against the cold and dusky darkness. Irina coughed and buried her nose in her jacket sleeve. Where was the tram? Why was it always late when the air is freezing at the stop? She tugged her jacket up around her throat.

Five minutes later, the familiar clacking of wheels on the track pulled the waiting crowd en masse from the curb into the center of the street and toward the narrow boarding platform.

Irina hesitated, dreading that scary moment of rushing to the tram while dodging oncoming cars and taxis, and then pushing and shoving to get up the stairs.

The tram’s brakes screeched, and a flood of passengers burst through the unfolding doors. “Hurry up, Irina. Hurry up!” The redhead turned around and grabbed the satchel from her hand.

Irina didn’t want to hurry up. A part of her hoped Tram 22 would move off without her. But the stern woman held the bag containing all of Irina’s earthly possessions—well, almost all of them. As she hoisted herself up the tram steps, her violin case bumped against her, reminding her that she wasn’t completely bereft.

As usual, weary passengers muttered complaints about Irina’s size as she bumped and jostled her way toward an empty seat. She sat on the edge, protecting the violin case still strapped across her back, avoiding the accusing stares and ignoring the rude comments from her so-called comrades.

Comrade. The word was rarely heard since former President Gorbachev had declared his reforms of glasnost and perestroika in 1986. “Uncle Misha” had promised that “openness” and “restructuring” would bring freedom and democracy to the USSR. Eight years had passed, and Irina could see only desperation, pain, high prices, empty shelves, and people doing horrible things they never would have dreamed of doing before. For her, it meant no more summer camps or Young Pioneers. No kopeks for candy, No holidays to the Black Sea. And no more Papa. With perestroika, her life had not been restructured at all. Instead, it had crumbled.

As the tram left the city center and picked up speed, so did the thumping of Irina’s heart. Every minute, every kilometer, took her farther away from her mama, her home, and even the nosey granny. Irina stared at the tram floor and cringed at the sight of her muddy boots. Papa had always cleaned her shoes. Oh, how she missed him, his joyful Soviet songs and contagious laughter.

The tram stops came and went. One passenger after another bumped and pushed into the seat next to Irina, each one, in turn, glaring at her or making a grunting sound in the back of the throat when she didn’t slide over to make more room. Her stomach gurgled with hunger and despair.

“Next stop, Cher … imshanska … ya,” the garbled recording stuttered. Her captor stood next to her, motioning with her head to move and stand by the door.

Irina peered out the window to get a glimpse of the buildings as the tram slowed. Between the dirt streaks on the glass and the darkness, she couldn’t see anything familiar. She pressed her way into the aisle as the tram jerked its way to a stop.

Once down the slippery steps and safely on the curb, she searched the handful of people milling around the kiosks for a familiar face, then caught herself. Impossible that anyone out in this remote district would know her. She was now at the mercy of the redhead, sure to be dropped into the pit of hell.

“Caution. The doors are closing,” the recording gurgled.

Yes, Irina agreed. They are.

A massive, four-story building loomed ahead, dark and foreboding in the misty evening air. Scattered lights flickered behind barred windows and ratty curtains on the upper floors. Near the entrance in the shadows, a pinpoint of amber light glowed bright, then dimmed.

Irina and the redhead approached a dozen concrete steps leading to closed double doors. Out of the shadows next to the steps, a tallish boy appeared and fell in next to them as they ascended. The odor of tobacco stuck to his black fleece jacket like fresh earth on a forest mushroom. Irina coughed and glanced at the steel plaque on the concrete wall to the left of the main door. “Internat #128. Samara City, USSR.” The sign needed to be replaced. The USSR had ceased to exist, along with her normal, happy life.

“You gonna live here?” the boy asked, exhaling warm, rancid tobacco breath in her face. A shock of black hair hung low over dark eyes. His the question sounded more like a challenge than a welcome.
Irina sneezed and stepped back from him. “So it seems.” She wiped her nose on her jacket sleeve.

ABOUT HER SHINING EYES

Fourteen-year-old Irina Kotova’s life as a promising violinist collapses in sync with the demise of the Soviet Union. After her father is killed in a bar fight, her ailing mother is hauled off to jail without explanation. Now considered an orphan, Irina is forced to live in a boarding school where Russia’s throwaway kids are abandoned and forgotten. Irina is constantly tormented by Vadim Solokov, a mean-spirited hooligan who takes great pleasure in reminding her that nobody cares about them. Irina is convinced he is right, and the not-so-mysterious theft of her precious violin seals her resolve to escape the school or die trying. Her despondency over losing her parents and bitterness toward Vadim threaten her very existence. Only the kindness of Anastasia, an interpreter Irina met by chance, sparks a glint of hope that life could possibly be worth fighting for.

I am a freelance writer/editor, traveler, fisherwoman, missionary to Russia, wife, mother, grandmother, friend, voracious reader, and slow-but-sure knitter. In my second-half adventure, I'm writing novels, exploring the world, trying to stay fit and healthy, and letting go of past labels and failures. It may be my "golden years," but I believe the best is ahead. My story is still being written!
The story of Her Shining Eyes would not have been written had it not been for the encouragement of mentors like Bill Myers, Kay Marshall Strom, Mary DeMuth, Allen Arnold, and so many others who saw something in me that I hadn’t yet embraced. In addition, the personal testimonies of my Russian friends who lived through the tumultuous decade of the 1990s—and their insistence that this little-known history be told—became the drumbeat of faith that moved me forward. Glory to God!

PERSEVERANCE: Don't give up on God.

Returning with My Favorite Bible Verses off the cuff Severe lung problems prevented me from speaking or singing without an exhausting coug... 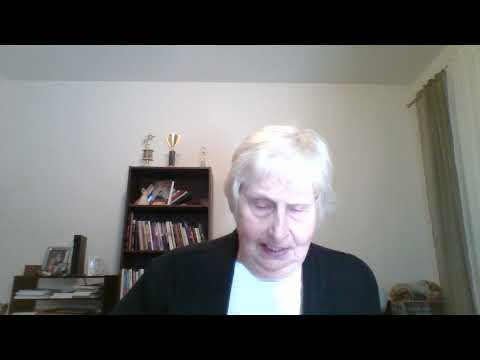 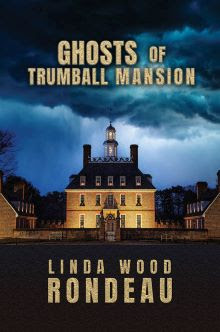 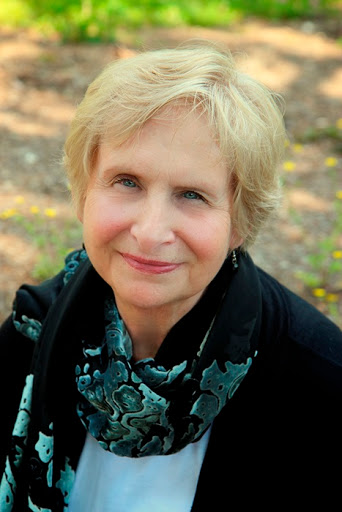 WHO PUT THE VINEGAR IN THE SALT 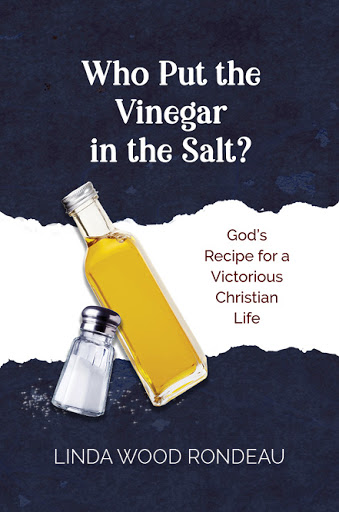 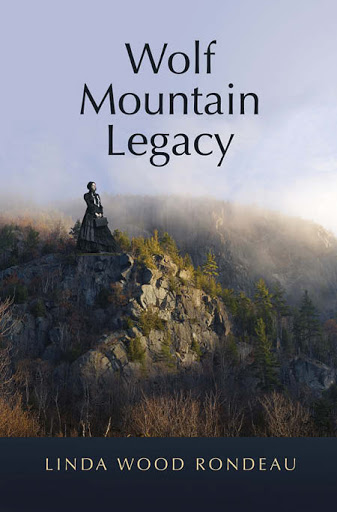 Can Her Marriage be saved? 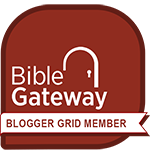 Please be sure that your email will not be sold, forwarded, or used for any other purpose than newsletter signup or email notification requests. Your privacy is important to me. Please notify me at lindarondeau@gmail.com should you have any questions.

Linda Wood Rondeau
I'm an author. More importantly, I'm a wife, mother, and grandmother. I enjoy trying new things and only made one promise to my husband--never a dull moment.